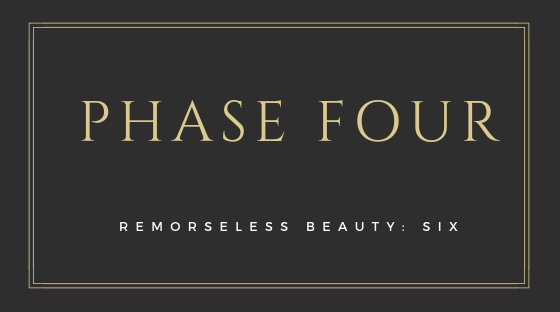 Mixing it up with the Writer Gal Letters are short stories that I experiment with, for form, for storytelling, for exploring the darkest, most heinous side of human nature. And, because my MA lit prof once told me I could never write a short story.

Phase Four is part six of a short titled ‘Remorseless Beauty.’ I hope you enjoy it. 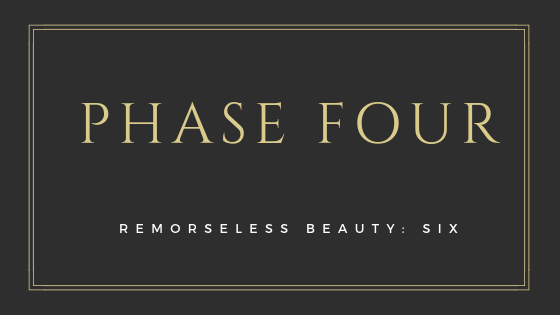 “Oh my god. OH MY GOD,” I shook my head in negation as Nurse Theresa explained that Ginger had been let go.

Because well, the common term was, she’d snapped. Right at her sick, beaten daughter’s bedside. She’d started screaming and had to be finally sedated. Which is where she was right now.

Sedated. In her own little room in the psych ward, where she was on suicide watch. It was so pathetic and sad. And who’d have thought something like that was hiding beneath Ginger’s exterior.

Delilah Appleton died three days after she was hospitalized from severe internal bleeding, multiple injuries and blunt head trauma that couldn’t be detected because she never regained consciousness.

Ginger Appleton had been restrained in a psych room until further evaluation.

After about six weeks, I went in to look at my favorite nurse. She was behind a locked door. A holding cell. Dressed in hospital greens, looking as lifeless as a corpse could look. Her eyes were wild with terror and grief. And something resembling hatred.

I looked at her, and sighed a little.

I have always been aware of my own power. The best and the worst in me. And I have always strived to do better than both. It’s not nature, it is compulsion. It’s what I was born with.

The most destructive of my tendencies, the most perfect of my behaviors, I have embraced them both and made apologies for neither. It’s not an admirable trait, but I don’t want to be admired.

To be figured out, to be understood is just one layer of how we operate. And I like my level better. The capability, the power of illusion, of being able to manipulate destinies is so much more. Ginger and her daughter were the rabbits in my hat.

Breaking her, in the end, had been so easy.

And I went out with Trev on one side of my wheelchair. And my parents on the other. My time in the hospital had been well-spent. And as I locked that picture of Ginger’s snapped eyes in my head for all time to come, I whispered to myself.

I drove away from the hospital with my family close beside me. It seemed, after all, that I could do anything I wanted. To ruin someone, to manipulate their destiny, to be able to commit monstrous acts without a qualm or remorse, what kind of person would do that?

What reasons would there be for doing something like that?

I gave you mine.

I wonder, though, sometimes, is it enough?

This site uses Akismet to reduce spam. Learn how your comment data is processed.